CNBC’s talented and prolific reporter Chrissy Farr (she’s smart because she listens instead of talks, unlike most vain, vacuous TV talking heads whose raison d’etre is a buffoonishly gleaming smile rather than journalism) ponders why telemedicine “has been such a bust so far,” as 82 percent of Americans don’t use it.” Reasons:

Still, I’m not sure I’d call telemedicine a bust. It only recently overcame technical and legal challenges to enter mainstream healthcare and its potential to more geographically evenly distribute medical expertise is promising. We have plenty of doctors, just not enough of them in primary care and an overabundance in big cities like Boston and New York where doctors prefer to live.

I’ve never had a video visit myself, but I would be more inclined to use it for a conversation with a skilled specialist in obtaining a second opinion since I have my $60-per-month concierge doctor available at all times anyway.

From Ms. Security: “Re: Quest Diagnostics. Their online bill password protection is a joke — MM-DD-YYYYZIPCODE.” Unverified. I registered on MyQuest to see how it works – the site requires creating a case-sensitive password that’s at least eight characters long that contains at least one alpha and one numeric or special character. Maybe it varies by the way the site is accessed. 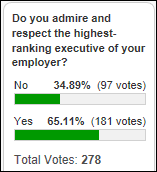 New poll to your right or here: provider employees, how many work days do you spend attending conferences each year? I admit that I’m skeptical that conference attendance delivers employer value beyond giving providing an ego stroke for employees who enjoy feeling important among external peers (for which patients are paying, of course). However, I acknowledge those who say their attendance is important for building relationships with vendors and staying current (OK, I’m still skeptical). 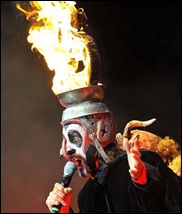 I was in Trader Joe’s early on a recent morning and was surprised to hear the immediately recognizable opening and then the growling Hammond organ of “Fire” by the bizarre 1960s psychedelic band The Crazy World of Arthur Brown, which made my day as I felt a secret, shared rebelliousness with a grocery store that is too cool to play “Daydream Believer.” In fact, I’m picturing a dramatic opening for presentations by FHIR expert Grahame Grieve, in which he takes the podium wearing a giant flaming helmet as an overdubbed version of “Fire” blares with these modified lyrics: “I am the god of health FHIR and I bring you FHIR. I’ll take you to learn.”

I’m fascinated with the comments of investor and technology executive Dave Kellogg, who ponders the “does the emperor have clothes?” question in reviewing the S-1 filing of BI tech vendor Domo, about which he observes (think of Theranos as you read this):

These provider-reported updates are supplied by Definitive Healthcare, which offers a free trial of its powerful intelligence on hospitals, physicians, and healthcare providers.

T-System President and CEO Roger Davis has resigned, verified by the company in response to my query from a reader-reported rumor.

Los Angeles prosecutors name nine new defendants, including a former hospital CFO and three orthopedic surgeons, for their alleged participation in a kickback scheme involving surgeries, compounded drugs, home health services, and hospice care as orchestrated by the former owner of Pacific Hospital on Long Beach, CA. He is charged with paying $40 million in kickbacks to generate $950 million in fraudulent bills over 15 years. Orthopedic surgeon Daniel Capen, MD (above) will plead guilty for his part in creating $142 million in fraudulent bills, for which Pacific Hospital was paid $56 million. Michael Drobot, the former hospital owner, was sentenced to 63 months in prison earlier this year for billing worker’s compensation hundreds of millions of dollars for spinal surgeries for which he paid kickbacks of up to $15,000 per case, which he funded by billing the hospital at inflated prices for spinal surgery implants used in the cases. He also bribed a state senator to keep the spinal device law in effect, for which the former senator went to prison. The federal government rather wittily refers to its investigation as “Operation Spinal Cap.” 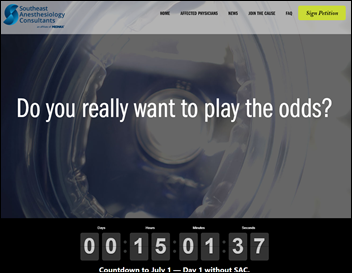 Don’t read this if you’re of the “healthcare is a calling, not a business” frame of mind. Atrium Health (the former Carolinas HealthCare System) replaces its anesthesiology group for refusing to lower their prices, choosing instead a local group based in Charlotte. The displaced group, which is owned by a publicly traded company valued at $4 billion, launches a media campaign that warns the public that the decision will jeopardize patient safety and says the health system’s previous cost-cutting efforts simply padded its bottom line to pay for huge executive salaries and its aggressive expansion. The company also notes that its anesthesiologists signed non-compete agreements that prevent them from accepting the job offers that the new company made.

More US healthcare system madness as uncovered by Medicare claims analysis that would make Martin Shkreli beam with pride from his prison cell: 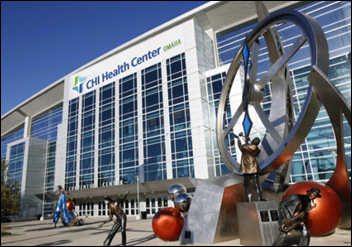 Don’t show up here with a medical emergency. Despite its appearance and name, CHI Health Center isn’t a hospital – the Omaha arena that hosts concerts and wrestling matches sells its naming rights to CHI Health (part of Catholic Health Initiatives) for $24 million over 20 years.