Listening: the new, final album from The Cranberries, completed by the band from demo tracks found on the hard drive of singer Dolores O’Riordan, who died in January 2018 at 46 of accidental drowning. The Cranberries have made recordings in that manner before — she poured so much emotion into the demos that her studio versions couldn’t match them, so they sometimes went with the first draft. She had been through a lot, so the new album is more wistful, reflective, and less angry than “Zombie,” of which I would say her 1995 performance on SNL is still one of the rawest and best in that show’s history from long ago when singers wrote their own songs, performed them with emotion, and used minimal stage equipment with no computers, Auto-Tune corrected vocals, or sequiny dancers. My expectation of just listening to the new album without emotion turned out to be unrealistic as I spent the afternoon looping the achingly perfect title track “In The End.” 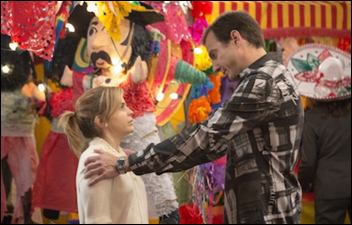 It’s a big holiday weekend, so happy Cinco de Cuatro to all. 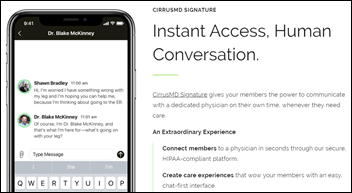 CirrusMD raises $15 million in a Series B funding round. Its chat-based telemedicine software will be implemented at three VA medical centers. 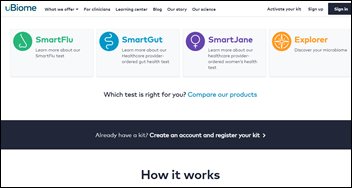 CBNC reports why the FBI raided venture-funded microbiome startup UBiome: the company was billing insurers multiple times without patient consent and pressuring its doctors to approve its tests (which it should be noted have zero proven clinical value). The company has placed its two co-founders – who are also its co-CEOs – on administrative leave.

Cerner Chief People Officer Julie Wilson will retire on June 30 after 16 years in that position and 24 with the company. 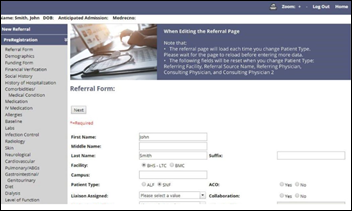 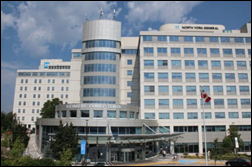 Medlio co-founder Lori Mehen recounts her negative experience in applying for the Cedars-Sinai Accelerator, saying that the CIO (presumably Darren Dworkin) told her seven minutes into her 15-minute scheduled meeting with him that not only would he vote no, but that he would also “veto anyone who says yes,” describing his tone as “belligerent and hateful” in telling her, “We don’t need your help getting our patients to find our doctors.” (It should be noted that this is one side of the story and other companies, especially those who were actually accepted into the program, have spoken positively about their experience and Darren’s involvement). She concludes:

We’re certain that we’re not going to be accepted. Nevertheless, it was imperative that I write this before they make their final decision. I’ve discussed this with my partners and they both agree, in the off chance we would have been accepted, we want to go on record as saying Cedars can go f%&k themselves. I’m not supposed to say this because doing so will almost certainly cost me, but that’s exactly why I must. Not just for me, or for my co-founders, but for all the other startups he has abused and will continue to abuse. 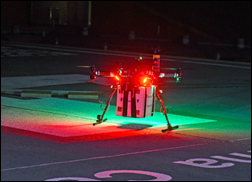 The University of Maryland works with local officials to deliver a kidney via drone to the University of Maryland School of Medicine three miles away, where it was successfully transplanted into a 44 year-old woman who had been on dialysis for eight years. Baltimore traffic must be awful to risk having a kidney-bearing drone come crashing to earth for such a short trip. 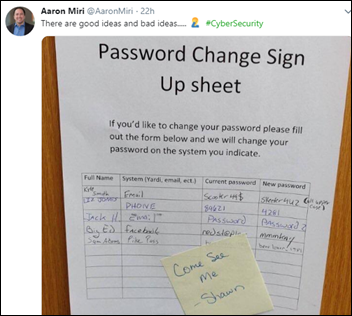 I’m not sure if this is an example of social engineering hacking, incredibly bad security practice, or incredibly good cybersecurity humor.