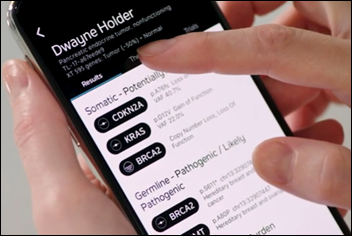 Precision medicine platform vendor Tempus raises $200 million in a Series F funding round that values the Chicago-based company at $3.1 billion.

CEO Eric Lefkosky, JD founded the company in 2015 after launching two marketing companies, a logistics technology company, and a venture capital firm. He is also chairman and co-founder of Groupon and formerly served as that company’s CEO.

From Food for Chewing: “Re: KLAS’s new report on Cerner revenue cycle management. I’m curious to know if Cerner paid for or commissioned the report.” KLAS responded to me by saying that it was initially creating the report without Cerner’s involvement, but Cerner asked KLAS to convene a big-client summit that was hosted by Intermountain. The Cerner clients then asked KLAS to provide quarterly updates about Cerner’s progress. Cerner will engage around those results, and while KLAS tell me specifically that Cerner is paying, it’s not unreasonable since Cerner commissioned the follow-up. Cerner won’t get much immediate mileage from this initial report – the client feedback (at least as reported in the “Key Findings” summary, which is all I can see) is nearly universally negative, not surprising given the meeting’s genesis (no pun intended for you Cerner DoD MHS types).

From Crowdfunding Not for the Weak at Heart: “Re: HEAL Diabetes Clinic. Received an email indicating that after its StartEngine funding campaign, CEO Richard Koffler ‘surprised us by announcing his resignation from the company.’ The company decided that it couldn’t move forward without home, so it is shutting down and returning any leftover money to investors.” The company’s webpage says it has closed and Koffler’s LinkedIn indicates that he has resigned. It offered a ketogenic diet program.

From Non-Corporate Man: “Re: your experience with an HIT vendor owned by a large company. My experience was the opposite. I did just about every job you could think of in corporate HIT, did an MBA and law degree while working full time, and got the CEO job because I knew all the pieces.” My only for-profit experience was with this vendor, but it was eye-opening to see what happens when a Fortune 500 company acquires a failing software vendor that quickly disappears into the murk of the corporate balance sheet once it fails to meet overly optimistic expectations. They only bought us with the questionable hope that our sexy-sounding business would jumpstart their anemic growth rate, apparently actually believing our financials that must have been quite the work of fiction ( (I speculate our executives offered them the “Promises & Lies” version of our P&L).

From Union Rep: “Re: HIT headlines. This one is surely among the worst.” I agree. As health IT wit goes, this is half. The story itself is basically a rewritten press release, so someone was anxious to show some poorly executed creativity in the headline in desperately punning “Sunrise.” I can only imagine the damage they would do in trying to work “Millennial” into a Cerner sales announcement. 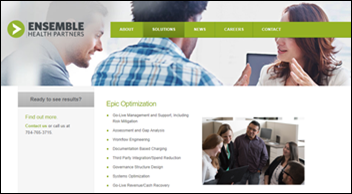 Cerner initiates a $0.18 quarterly dividend, its first-ever such payment and $0.03 greater than it originally mentioned in February. Opinions vary on whether companies that initiate dividend payments are showing signs of strength (making so much money that they might as well share it with investors) or weakness (management can’t entice people to buy the stock otherwise). I generally side with the latter. Companies that are doing well and expect strong future performance would be better off investing the money in their own business and let the success-driven share price increase reward its shareholders. But that’s just me, and if CERN shareholders love the stock, they can just reinvest the dividends themselves. CERN shares are down 3% vs. the Nasdaq’s 3% rise since Brent Shafer took over on January 10, 2018.

Talkspace raises $50 million in a Series D round led by Revolution Growth, bringing its total funding to $107 million. Optum’s behavioral health business has signed on for the company’s online therapy service. 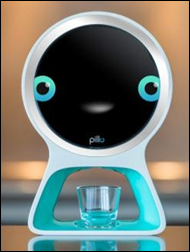 Pillo Health raises $11 million to complete its Series A round. Lead investor Stanley Black & Decker will work with Pillo to launch a direct-to-consumer version of its digital home health companion later this year.

Patient relationship management vendor Welkin Health raises $17.5 million in a Series B round, bringing its total funding to $30 million. 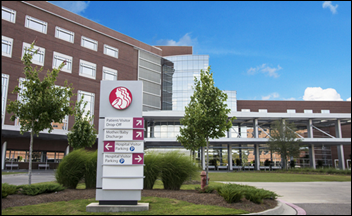 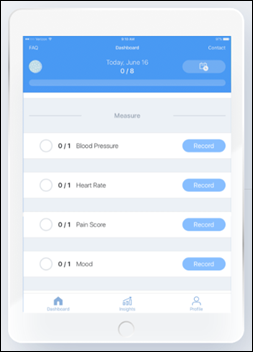 In Australia, auditors warn Victoria’s public health system officials that weak cybersecurity practices have left facilities vulnerable to attacks. A review of security measures at several hospitals within the state found similar weaknesses, including weak passwords, poor system and network monitoring, inadequate user access controls, and lack of appropriate governance and policy frameworks. Barriers to implementing all 72 of the recommended cybersecurity measures include lack of budget and staff, plus a lack of awareness around third-party vendor security protocols. 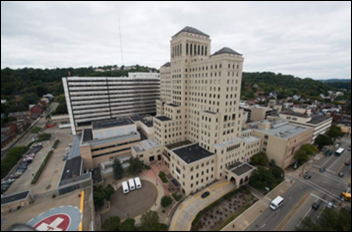 Allegheny Health Network brings its Epic system back online after an unspecified network issue caused it to go down Wednesday morning. The outage affected all seven of its Western Pennsylvania hospitals. 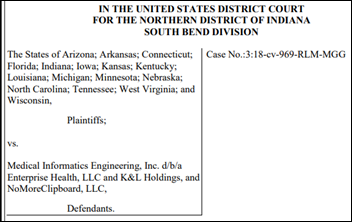 Indiana-based Medical Informatics Engineering and its subsidiary NoMoreClipboard will pay $900,000 to settle a multistate lawsuit brought against it last year by 16 state attorneys general over a 2015 breach that compromised the data of 4 million patients. Meanwhile, nobody is planning a PHI heist of 4 million clipboards.

A New York Times investigation finds that pediatric cardiologists at UNC Children’s Hospital (NC) were so alarmed at high death rates that they questioned — in secretly recorded department meetings obtained by the newspaper — whether they would send their own children there for surgery. From the Times article: