The Politico story about Verity Health and Patrick Soon-Shiong is depressing to read, he drove a stake into the heart of that company. I looked back at my comment after the original sale and did a double take at the date, it only took him a year to bring it down. People need to stop agreeing to work with this guy, he’s a con man. (DrM) 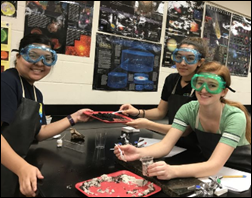 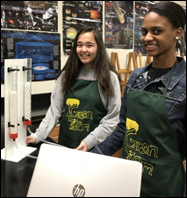 Readers funded the DonorsChoose teacher grant request of Mrs. H from North Carolina, who asked for a laptop and case for her high school class. She reports, “The laptop you gave my students is helping them in numerous ways. For example, we used it when they were learning about permeability and porosity. They were able to research ideas about what they were observing and then post their results and comments on Google classroom to share with other students. We have also taken the laptop on a recent field trip to an aquarium to post comments and pictures about the student’s new discoveries and unique experiences. We made bottle rockets from recycled 2-liter bottles, then went outside and tested their bottle rockets. At that point, the students also created a live data sheet to record hang time, rocket mass, and general weather conditions. The data sheet was then shared online with the entire class. As a result, no paper or time was wasted and everyone could give positive feedback. Thank you for your generosity in helping my students to use technology in learning and doing real science!”

Indiana University Health updates its dress code, giving staff the option to display tattoos, sport non-natural hair dye, and even choose their own socks. (Tongue piercings are still verboten.) The hospital decided to make the changes in an effort to encourage employees to be themselves while still maintaining a professional image. “We knew that many of our caregivers had tattoos that they were hiding and that just didn’t feel genuine to us,” says Chief Nurse Executive Michelle Janney, RN. “Actually what we’re saying is use good judgment and we trust you.” 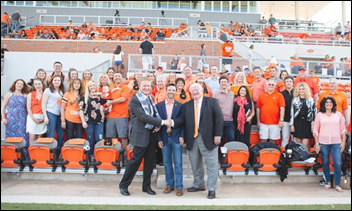 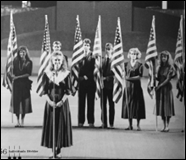 In Missouri, Burwood Group Senior Account Executive and cover band lead singer Stephanie Varone experiences a homecoming of sorts when she returns to Kauffman Stadium – home of the Kansas City Royals – to sing the national anthem. Varone first sang the anthem there 31 years ago, and has performed for similar crowds at Wrigley Field and Fenway Park.

In Case You Missed It